News Marriage made in business heaven

Marriage made in business heaven

Peninsula Home Improvements and Gwynedd Garage Doors have now moved in together in a "marriage made in business heaven". They struck up their unique relationship at the European-funded ION Leadership Programme at Bangor University. As a result, Gwynedd Garage doors are now based at Peninsula's premises in Gaerwen, with a spectacular view overlooking the Menai Strait towards Snowdonia. The union has provided a big boost for both companies because their businesses are complementary and they now generate new customers for each other.

It all came about after Peninsula chief executive Ken Grayson met Carys Owen whose brother, Paul, runs Gwynedd Garage Doors, during one of the ION Leadership courses. As well as selling uPVC doors and windows, Peninsula concentrate on high-end glazing products similar to the ones used on the hit TV show Grand Designs fronted by Kevin McCloud. In the past they also sold garage doors but it was never a core part of the business.

Ken said: "I was on my second ION course at the university where one of the benefits is the opportunity to network and talk to like-minded people. I met Carys and we realised that we weren’t focusing really strongly on garage doors which is something they obviously specialise in. As companies, we both had gaps in what we offered so it seemed to be a really good, cooperative way of partnering up.

“It’s a strategic arrangement and it works for both sides so there were no disadvantages for either of us. It just seemed like a marriage made in business heaven. The synergy between the two companies means we are now greater than the sum of our individual parts."

As well as being based in Gaerwen where they pay rent for the office, showroom and warehouse space, Gwynedd Garage Doors also benefit from the Peninsula sales team who drum up sales leads when they are out and about. Together, the two companies have a workforce of around 30 people, with 23 of them on the Peninsula side. The agreement is working well for Gwynedd Garage Doors which was founded by Carys and Paul's dad, Goronwy, in Aberffraw, in the early 1980s.

Paul said: "Our passion is garage doors and the benefit of this arrangement is that it frees up my time to do what I’m good at which is installing doors, and surveying and getting the customer the best door for their budget. Having the salesman going out and selling before I go in and finish off the installations, and just being incorporated with a bigger brand is good for our brand. This partnership works well for all involved, especially the customer because we’re now a one stop shop for everything they need.

It was a sentiment echoed by sister Carys who works as a business consultant.

She said: "Moving in together seemed like a win-win situation for us and what the ION course gave us was the confidence to think outside the box to come up with this imaginative solution to make the most of the strengths of both companies. Lots of positives have come out of it from both sides."

Gwenllian Owen, the Programme Manager for the ION Leadership project, which is backed with £2.7 million from the European Social Fund, is proud of both business partners in the new relationship.

"In this case we seem to have acted like a dating agency for Peninsula and Gwynedd Garage Doors and it's worked out really well. It’s very satisfying because we work very closely with these businesses when they’re on the programmes and encourage them to discuss potential partnerships. We have seen a number of partnerships develop as a result of our courses but this is the first one where they are working so closely and based at the same premises. It's mutually beneficial for both partners and long may that continue." 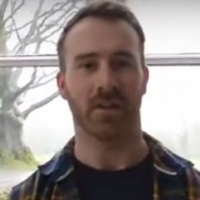 ""One of the best things I have done in my life. As in regards to bringing me out of my shell and actually giving me a sense of identity. I was a worker, then I became a Manager, and now I'm a Regional Manager. And who knows where I will end up in the future". " 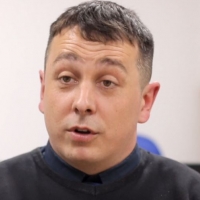 ""There is no doubt that without the ION course, Empower simply wouldn’t exist – you can’t get a better endorsement than that!"" 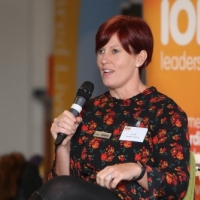 ""I have always recommended this course from the very first overnight experiential. This was the most enjoyable course I have ever done (and I have done quite a lot!). My daughter and business partner undertook the course, we had another manager complete last year and another starting in the new year. I think every person within a leadership role should experience this course. It is like no other and the skills learned along, with personal growth, are just something not to be missed. It cannot fail to inspire any leader, it cannot fail to bring a smile to a stressful week and some strategies to help you through. I believe that this is one course that quite simply cannot fail". " 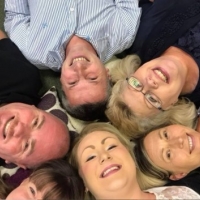 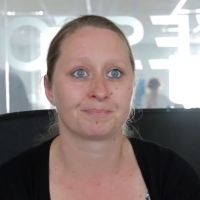