Blog A change would do you good

A change would do you good

As with every ION leadership masterclass to date, although the emphasis is on business, the topics discussed can’t help but sneak into being about life in general. After 16 years of working at the same organisation, earlier this year I moved to ION, a different company in a completely different city. It was a massive change for me and my family and it could have been really hard. But it wasn’t. That must mean it was the right thing to do. 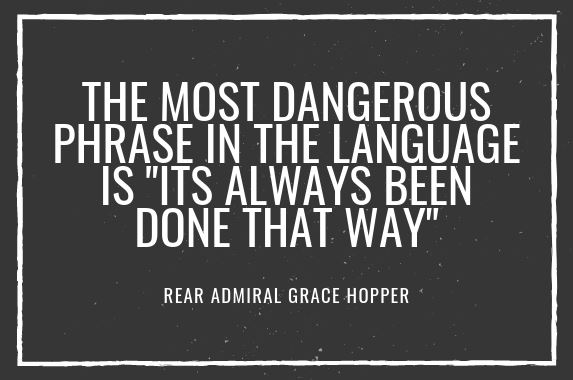 Admittedly, it took me a while to adjust to having so much extra time to spend with my family. Obviously a huge positive, and a key driver for the change in the first place, but it still took me some time to adjust to being involved in so much family ‘stuff’ on a daily basis.

People react to change differently. Some people thrive on it. I’ve recently read ‘Originals’ by Adam Grant, an awesome book about those people who find the strength to challenge conventional wisdom. My favourite quote about the book is from Star Wars Director J.J. Abrams:

"…challenging long-held beliefs of process, and finding commonality among those who are agents of profound change, Adam Grant gives us a powerful new perspective on not just our place in the world, but our potential to shake it up entirely”. Pretty cool heh? Go buy it. Get it out of the library. Read it.

Some people hate the idea of change. Some people like stability, safety, and think that if something is working, why change it. In a work environment, some people see change as a threat to their jobs. Some people see the role automation will play in the labour market as a threat. Some see it as an opportunity.

Even when things aren’t working, some people are still not a fan of change. For me, the worst thing that I have heard is ‘We do it that way because it’s the way we have always done it’. Change it. Do something differently.

For some people, or businesses, change passes them by. Woolworths are a classic example. Other organisations such as Kodak, Blockbuster and HMV failed to stay up-to-date with technological advances. Blockbuster were offered the Netflix ‘concept’ but turned it down as they didn’t think it would catch on. How wrong were they!

There are plenty of tools available to identify changes. The big one is the PESTEL Framework. I studied the framework at college, and university. But have I ever used it in 20 years of working? Nope. Has anyone? I would love to hear from anyone who has actually it in their business.

A person’s ability to deal with change can be down to their mental toughness — a measure of individual resilience and confidence that may predict success in sport, education and the workplace. I thought I was mentally tough. I thought I was pretty resilient and could deal with stuff pretty well — even things that I didn’t want to have to deal with. As part of the programme we completed a mental toughness questionnaire, and it transpires, according to the survey at least, that I’m not as mentally tough as I thought. I always take survey results with a pinch of salt as it can depend on the mood you’re in when you completed it or whether you completed it based on how you think you should have completed it. But maybe there was something in the results. 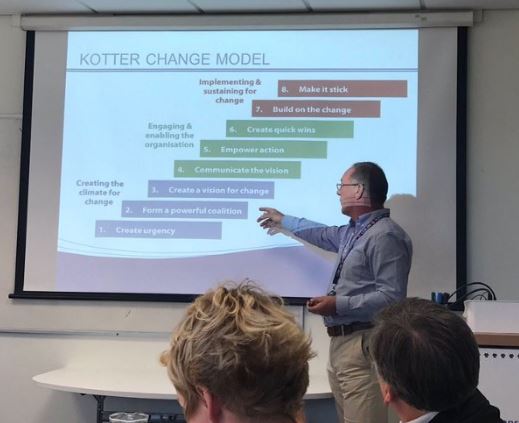 As with all ION masterclasses, it’s not just a case of getting your answers and that’s it. The survey report provided development suggestions for improving mental toughness. Amongst the suggestions, there was one which stood out — ‘Take regular exercise even if it’s a 15-minute walk a day’. I have recently started swimming three times a week and this has had a huge impact on my achievement orientation, emotional control and goal orientation — all key elements of mental toughness. I think I have a blog in me on the importance swimming has played in my life recently. Watch this space.

Recently I was lucky enough to attend a ‘dry-run’ for an ION masterclass with Russ Huxtable, former Director of Operational Logistics for the Royal Air Force and the Deputy Commander for NATO responsible for the Kandahar Airfield in Afghanistan. This chap is absolutely amazing. Insightful, inspirational and hugely experienced, he now works for Swansea University. We’re very lucky to have him. Russ was discussing the role of people in the change process and how there are always people resistant to change. He was explaining however that they shouldn’t be ignored or seen as negative. There opinions should be sought because they might just be the people who identify the risks which you haven’t spotted. A hugely inspiring hour. Our delegates are very lucky.

As with virtually everything I have learned on the ION programme, it comes down to people. Everyone reacts differently to change but for your business to truly thrive, you need to strive to take everyone along for the ride. Achieving this is another thing.

(This blog was originally written on Adam's Medium page - https://medium.com/@AdamF)

Everybody learns in different ways. Join @TMilesB next week to:👉Identify different ways you and your team learn 👉… twitter.com/i/web/status/1…

"I have changed quite a lot, I am not the leader I thought I was. Now I interact with staff much better and the work environment is a lot smoother flowing. To be removed from the work environment helps you focus on what you have to do. It made me look at parts of myself that I never felt the need to look at or didn't want to, perhaps... and I came out with a completely different idea of what it was going to come and who I thought I was in a leadership role. I would totally recommend the course for anyone who has anything to do with staff." 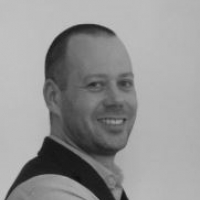